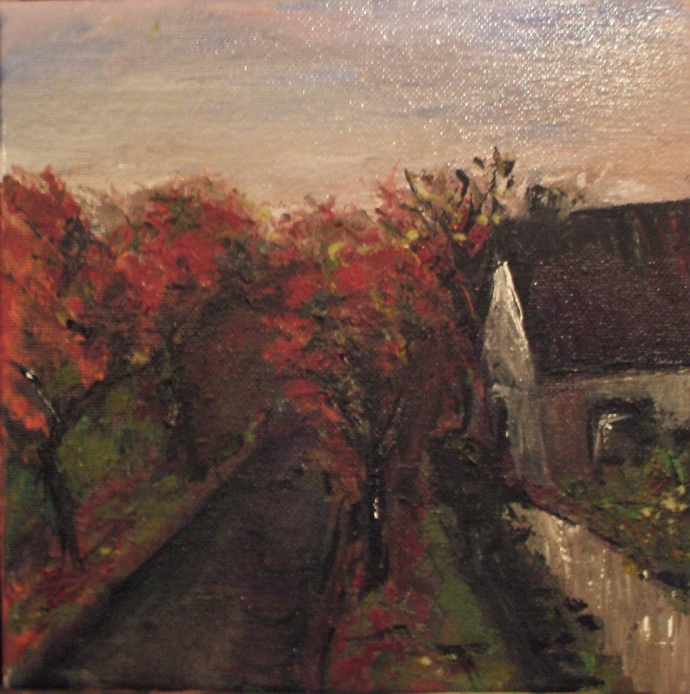 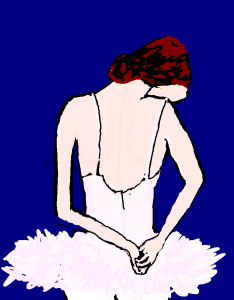 Kerri is going to Prague for the competition and we need a dancer for the corps while she is gone. Ms. Sharpe suggested you would be just right and available.” She took a deep and purposeful breath, “Just so you know, I think she is wrong, I don’t think you’re up to it, but we are desperate.” I was unsure how to react. I wanted with all my heart to throttle her until her last phony accented British breath. I also wanted to yell at her that I was bloody well up to the task but the bitch was still pissed that I had rejected her lesbian advances. Neither would have made for a very good career move. I was sixteen, if I did not break from the back row now I would be far to old to see another chance. I might not have liked her, but I needed her to give me this chance. Putting on my most demure smile, I made eye contact, stretched out my hand which she took and shook.

“Thank you so much for this opportunity, I will not disappoint you or Ms. Sharpe.”
She peered at me along her very long aquiline nose, through her dainty bifocals,  “See that you don’t.” I found myself in a near curtsy and backing out of her office. I turned slowly to face the hallways where a small flock of my classmates had gathered. They shuffled into a group hug and wished me well. At the end of the stately hallways was the rehearsal hall. I could hear the pianist doing his warmup runs, and the clip clop of pointe shoes.

Renny walked with me, chattering into my ear “you will get to meet HIM, oh you are sooo, lucky”.

To be honest I wasn’t feeling very lucky just now. What I was feeling was numbness with gusts of outright fear. The company was just starting rehearsals of The Sleeping Beauty with the incomparable premier danseur and recent Russian defector Vaclav Merinski. After touring in Europe with Britain’s most beloved Dame Margot he was now here. To us little would-be ballerinas he was a god. The Beatles were nothing to us, Vaclav was the sun and the moon. The honour to rehearse with him and, God willing, perform with him.

Quite rightly my fellow students of the dance were envious and eager to hear what my day’s experiences were. Rennie tugged at my sleeve, “Tonight you’ll tell use everything, everything..” she giggled, which set the whole lot of the giggling and they waddled off to class, even between classes they practiced their turnout, and looked like ducklings the way it made them walk.

The door to the rehearsal hall had never looked this big before. I was overwhelmed, terror struck at having to walk in and fall in for the absent Kerri. Kerri was competing for the gold medal in Prague. She was better than all the other girls in the corps and they despised her for it. Perhaps this is why they were suddenly so very sweet with me, I did not pose a threat. Yet.

It wasn’t long before rehearsal started, without Vaclav. Apparently he did not dance until 11 am. We rehearsed. Hard work, Ms. Sharpe rehearsed the corps and we were released by 10 am and the remainder of the morning was spent rehearsing principals only. So I took the remainder of my academic classes and returned after lunch for the afternoon’s rehearsal.

I had shared some stories and a salted pretzel with Rennie, who was gushing about Vaclav this and Vaclav that. She had seen him from the classroom window, arriving by limousine. ” He might notice you, and Martine might sprain her ankle, and he’ll choose you.” “Rennie, you read too many of those romance novels. Life just does not work that way.”

I slipped as unnoticed as possible into the fairly packed rehearsal studio. Vaclav was rehearsing his solo, and choreographing as well, He spoke in a fairly high tone, something you might not expect from a Russian. He never stopped moving, not even when he spoke. His very pale skins had small rivers of sweat pouring off him. I pitied his partner for being soaked in his sweat hour after hour. Still, undeniably he was great, e every bit as great as his review said and far better than any of our own danseurs. He leapt effortlessly, carried his partner as if no more than the weight of a small bird. He never tired.

When I wasn’t dancing or in class I sat in the rehearsal hall and knitted, I learned the choreography inside out by watching. Most of the warmup sweater and tights I knitted were bought right off the needles by one of the other dancers. They were made in colours you couldn’t just buy in the dance shops,the legs were extra long and the waists extra high, just the way a dancer liked them. I was happy to break even on the wool plus enough money for another pair of pointe shoes or some groceries. Some deals were struck including a few packs of cigarettes. I had just taken up smoking to avoid being the one staying behind to polish up the mirrors while the others took a smoke break. Now I took a smoke break too. Unlike Kerri, whose parents financed half the annual repertoire, I bought my own shoes and master classes and if I did not knit my tight I just couldn’t afford any hundred dollar Capezio tights.

The first night I sat with my roommates and told them in great detail about the production and Vaclav in particular. He was great, he was sweaty and he was loud. No matter how much reality I gave them they were still lapping it up with daydream eyes and romanticized ideals of Vaclav. At night they no doubt dreamed of Vaclav. Not me, I dreamed of dancing and forgetting the choreography and everyone laughing at me.

Rehearsals were going very well. There was only one problem, Vaclav’s brown knitted tights. He wore those warmup tight, probably knitted by his mother in the Ukraine, each and every rehearsal. Probably they were only laundered by his mother in the Ukraine. We noticed they were stuffed in his locker at the end of rehearsal and back on him in the morning. The odour was becoming more and more pervasive. Of course no one tells a god that he reeks, not even his dance partner.

Making matters worse was his steady diet of raw meat. Twice a day the local Russian restaurant brought him his special Steak “Tartar”. Very likely he at more of it at night when he held court in the same restaurant drinking and telling loud stories with other Russian defectors, musicians, scientists, writers.

Just four weeks into the rehearsals the production was near perfection. No-one could say anything about Vaclav’s abilities as a choreographer or as a dancer, but increasingly he was becoming a topic of locker ridicule for the way he smelled and poor Martine was beyond uncomfortable dancing so closely with him. Martine herself would smell pretty ripe at the end of rehearsal. Still both would shower and the tights were boxed into the locker at night. Those damn tights. Those horrible, stinking tights.

“Martine” I tugged at her sleeve as she was about to leave for the evening, “Martine, we should take those tights and throw them out. She looked at me with a big grin, “No, we couldn’t”. She bit her lip. Vaclav with a number of hangers on passed behind us and left the building.

“Can you get them?” I prodded her. Martine darted into the locker room and tossed them in the garbage bin by the door. We ran out the door giggling like guilty schoolgirls. Pretty much what we were, schoolgirls en pointe

What a nasty surprise that the next morning Vaclav was wearing them again. Apparently he had found them in the garbage when he came back to get something last night. He shook the whole thing off and business as usual. Poor Martine.

Later that evening Martine called me at the house. “Can you knit him a replacement pain of tights, just like the ones he has now? I’ll get you the wool” It was a Friday and if I applied myself the whole weekend I should be able to knit them. I did.

Monday we waited for Vaclav to leave the building, we took the old tights and burned them in the alley behind the company. It didn’t take much to have them take flame. The replacement tights I had made were put in the locker.

I was sick to my stomach on Tuesday knowing what we had done. The corps had rehearsal from 8:30 to 10:30 and Vaclav would arrive at 11. I imagined this might be the last day I danced with this or any company, Martine too.

We both held out breath as he entered amid the usual fanfare. I had worked magic with the needles, the fit was perfect, and he was wearing them. He said nothing, rehearsal after rehearsal, either he had not noticed or he did not care. By the week’s end we moved into the theatre fro dress rehearsal and by the weekend we opened to wonderful reviews and packed houses. Two weeks later it was over. Kerri came back with a gold medal and reclaimed her rightful place in the corps. Martine started work as a soloist in South Africa with a new company and I moved to Belgium to study and dance. The few times in many years we have met, we reminisce over the night we burned Vaclav’s tights. None of us worked with Vaclav again, he retired not long after Sleeping Beauty. 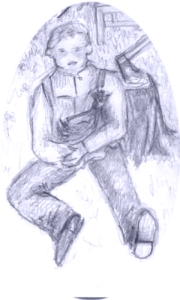 A ‘Winged Tale’, short fairy tales set in a valley untouched by the real world.